Get ready for the Windows 10 Creators Update 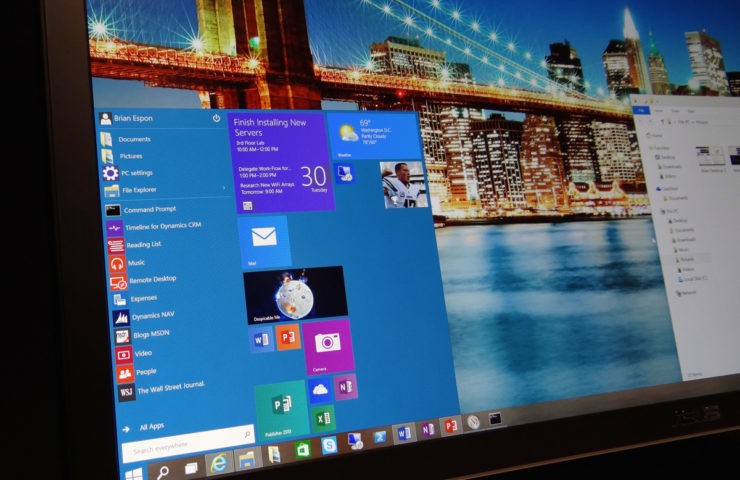 Microsoft is about to release a major update to Windows 10. We have a preview of what you can expect.

Sometime this spring, probably in April, Microsoft will release the Creators Update, one of the two major updates to Microsoft Windows 10 that will roll out this year.

What can you expect to see? For a start, ignore the name “Creators Update,” because the release has very little to do with creating things — with the exception of some virtual reality features and a minor app for creating 3D content.

However, there will be some real changes to the operating system. You’ll get more control over Windows updates, some improvements to the Edge browser, some nice interface tweaks — including to the Start menu — and more.

Microsoft has been releasing preview builds of the Creators Update since August; they’ve become less buggy and more feature-rich as the operating system gets closer to the final release date. Here’s a preview of what to expect, based on the latest builds and information made public by Microsoft.

To begin with, when the Creators Update hits, you’ll no longer be unexpectedly interrupted when Windows decides to do an update.

When an update is available, a notification will appear, and you’ll be given the option of whether to install it immediately, schedule it for a specific time, or put it off by clicking “Snooze.” Snooze means the update won’t install for three days. After that, you’ll get another notification about the update, and you can click the Snooze button again. In this way, you’ll be able to indefinitely put off the update.

This feature isn’t yet included in any of the public preview updates, but is described by Microsoft in its blog.

Old School Technology Won’t Work in the Cloud. How to Rethink Your Cloud Security Strategy

Perimeter security won’t work in the cloud. It’s time for a new approach to cloud security that protects sensitive data, verifies user identities, ensures compliance and puts you back in control.

The Creators Update will make some useful changes to the overall Windows interface, including to the Start menu. Don’t expect anything drastic. In fact, in the normal course of your day, you may never notice the difference.

People who use the Start menu a good deal will welcome one of the changes, which lets you place tiles for multiple apps into folders. Those folders also look like tiles and show small icons of every tile inside them. Click any folder to open it, with all the apps appearing as individual tiles. Click the folder again, and all the tiles slide back into it. It’s a great way to clean up your Start menu.

Other interface changes are more minor, such as a change to how the Apps category appears in Settings. In the current version of Windows 10, you get to the Apps settings via Settings > System > Apps & Features. In the Creators Update, Apps will get its own top-level setting. The new Apps setting also consolidates apps-related settings that were scattered in other locations, such as Default apps, Offline maps and Apps for websites.

Some of the most important changes in the Creators Update are to the Edge browser, as Microsoft struggles to build a browser that can compete with Chrome.

Those who hate Flash will get a nice present from the Creators Update: Flash content will be disabled in Edge by default — you will have the option of whether you want to run it or not. (In the current version of Edge, only non-essential Flash content, like ads, is blocked.) That should improve security and performance, as well as extend battery life. In instances where a website also uses HTML5 to deliver multimedia content, Edge will use HTML5 rather than Flash. In addition, you can tell Edge to remember your Flash preferences for individual sites.

Another new feature: Edge will let you read content in ePub and PDF formats. It will have the ability to read text aloud. And Microsoft has given the browser a whole host of under-the-hood security improvements.

Edge will also introduce some very nice tab-handling features. Click a down arrow to the right of the add tab button at the top of the screen, and you’ll see thumbnails of every open tab. Click the thumbnail of the tab you want to switch to and you’re sent there. If you no longer want to use the open tabs, but want to revisit them later, click a button to their right and put them aside as a group. When you want to open the group up again, click a button to the left of that one, and they all open.

Windows Defender, Windows’ anti-malware protection, has always seemed an afterthought, a set-and-forget piece of software you simply let do its job. In the Windows 10 Creators Update, that will change.

It’s more than just a dashboard for Windows Defender; it’s command central for your device’s security and overall health. It lets you see at a glance any potential issues, and lets you delve into customizable settings. A check next to any icon on the dashboard means everything is safe and secure. A red circle with a white X in it means you need to take action to protect yourself.

The dashboard has five sections:

The Creators Update will offer new 3D and gaming features. Xbox users will be able to stream gaming sessions live to their console. There will also be a Game Mode that maximizes system performance for when you play games. In addition, there’s a Game bar that lets you record your gameplay and take screenshots of it. And there will be an entire section devoted to gaming in Settings that lets you do things such as control the Game bar and Game Mode, and stream your games.

As for 3D, there will be a Paint 3D app for creating 3D content. There will also be support for virtual reality and augmented reality apps. At launch, expect hardware makers to release Windows 10 virtual reality headsets.

Expect some modest Cortana additions. You’ll be able to schedule monthly reminders. Cortana will integrate with Windows 10 setup, so you can ask the digital assistant for help setting up devices. Cortana is expected to recognize new voice commands, including restarting your PC, turning it off, and raising or lowering the system volume. You’ll also be able to use it in full-screen mode.

There are plenty of other minor changes as well.

If you’ve ever been confused about where to find the screens for adding new devices to Windows — whether they be Bluetooth, wireless or wired — you’ll be pleased to know that there’s now a Devices heading in the Settings app that provides a unified interface for adding any device. (Choose Settings > Device > Add a device.)

Also new is a “Night Light” feature, which removes blue light from your computer’s display. There’s some evidence that blue light can disrupt the normal sleep cycle, so this feature might help night owls who like to compute at night, but still want to sleep when they’re done.

You’ll also be able to block the installation of desktop applications, only allowing Windows apps (the touch-friendly apps that are installed from the Microsoft Store). At first glance, this seems an odd feature — why ban an entire category of applications? But it could be useful if you don’t want bloatware to be installed on your machine, because those programs are typically written as desktop apps.

In addition, during the installation of the Creators Update, you’ll be prompted to select various privacy settings, including whether Microsoft should collect content so it can display relevant ads to you, whether the Location setting should be turned on, and similar options. You can always change these later in the Privacy section of Settings.

The upshot of all this? Creators Update will be a comparatively modest update with modest changes, many of which are worthwhile. Don’t expect anything revolutionary — largely, for Microsoft, it looks like it will be steady as she goes.

By Preston Gralla, source by ComputerWorld